There is a presumption that the HNMT gene and enzyme are associated with the symptoms of histamine intolerance, which is why we conduct a scientific study in this area. Participants will receive an analysis of the function of your HNMT enzymes, a histamine perceived degradation rate by this enzyme, and at the end of the study, detailed information on the impact of the identified genetic variations. 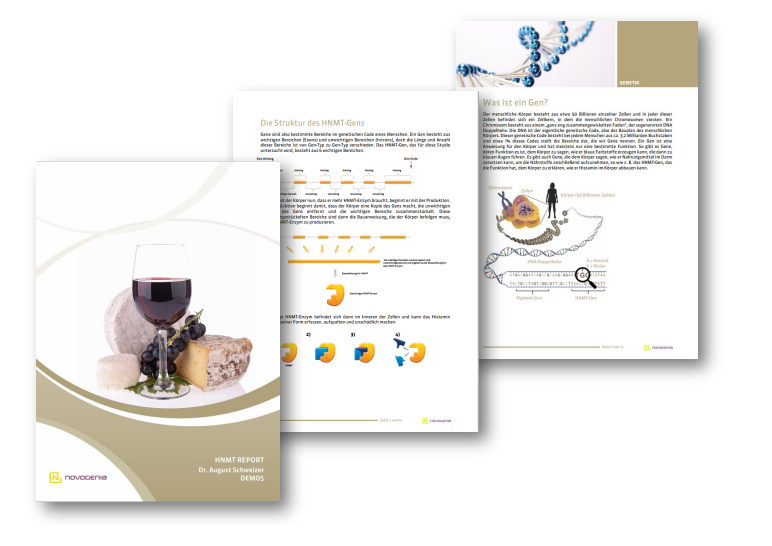 Histamine is a messenger of our immune system; it can be obtained from certain food, and then disintegrated quickly by the body.

Is your HNMT gene in order, or is your breakdown restricted?

Although the direct link between mutations in the HNMT-gene and histamine intolerance symptoms is not yet clearly established, we can test the gene for the presence of two frequent mutations, and relatively accurately evaluate the degradation rate of histamine.

This is a scientific study and not a medical genetic analysis!